The last two weeks have been a whirl wind! Where do I even begin?

Well, the Super Bowl came to Phoenix. When large events come into town there is always upheaval of many kinds, usually with traffic. Every road seems to be populated with double or triple the amount of cars than usual. There are sights to see, Super Bowl events to attend, parties to crash, and normal citizens just trying to make it to work on time.

Brandon and I actually did not experience much of traffic. We were either up before rush hour could start, or on our way home too late for anyone to be on the road. Because we were dealing with another kind of traffic: human trafficking.

Through all the amazing events that God orchestrated in 2014, Brandon and I found ourselves a part of a coalition of organizations and agencies called Blitz the Trafficker. Every year Blitz the Trafficker brings their team to the Super Bowl city, sets up a command center, and does their best to find missing (and possibly exploited) kids.

Brad Dennis and his team from Klass Kids and Called 2 Rescue have been working with FBI to put together a book of over 100 missing children they believe to be in Phoenix last week. The team and volunteers hit the streets passing out the book of missing kids to the hospitality industry, and cards of 6 of those kids to everyone we met on the streets. 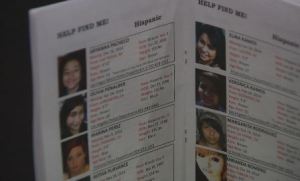 The last report I heard was that 26 children from that book were recovered!! Plus Myra :]

Here are a few of them: 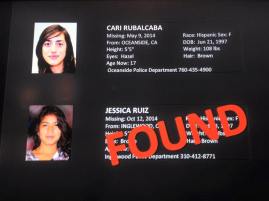 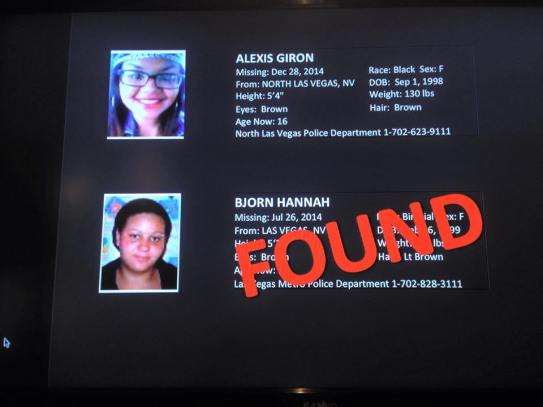 That we could be a part of such a wonderful team! We still do not know how these children’s rescue came about, but how amazing that our efforts may have resulted in them being FOUND!

God’s hand did not stop there. We were also in the schools educating students about the dangers of sex trafficking in our communities. The Say Something Assembly reached thousands of students last week. We showed them 6 girls we were specifically looking for that week, and we got 3 leads for missing kids just from one school! The students know what is up! And a week later, we are continuing to get students wanting to get more involved! 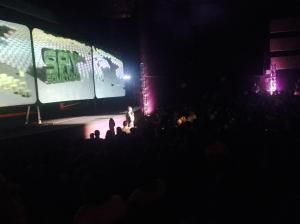 So thank you. Thank you to everyone who is supporting us in this mission, whether that be through finances, prayer, or spreading the word. Each and every one of you were a part of the team and had a hand at making last week possible! THANK YOU!!!

**If you are reading and would like to get involved but are not, please consider supporting us through finances so that we can continue these efforts, becoming a prayer warrior (there are still missing children out there!), or spread the word by inviting us to speak with your community about the mission. Get plugged in on our Get Involved page!