My first time to Rocky Point was for vacation.

I was in elementary school and remember my parents loading up the car, and the excitement of going someplace others said was dangerous but had all the promise of fun. As soon as we crossed the border we saw a man carrying an AK-47. Mom freaked out. Dad told her to chill. Apparently Mexico’s police are allowed to have guns, and big guns at that!

The border city was intriguing but the small town of Rocky Point even more so. We were there for vacation in a fancy resort right on the beach, but had to pass through a town of half-built buildings,shabby-looking stores, dirty barefoot children, and makeshift garbage shacks used as homes. We drove through town, but saw no neighborhoods, and eventually managed to cross the railroad tracks, down the long empty road, and up to the resort that had resorts on either side.

It was a fun time with banana boats, nice restaurants, fish tacos, and the beach. We loved it so much that we eventually purchased a condo. Rocky Point then became a second summer home. Little did i know that I would one day fall more in love with the barrios than the beach.

News Years of my junior year of high school, my brother and I hopped in a suburban hauling a trailer of supplies headed to Rocky Point. This was the first time we were not going for vacation, but rather to build a house for a family that lived in a shack. This was the first time we ventured into the neighborhoods of the town. It was a dump basically, and they used the trash to build make-shift homes. It was my first real exposure to poverty.

Just so that this post doesn’t end up a novel… we fell in love.

Ramon and Eva received a new home for their family that weekend.

The community came together in a way no one had seen before. Neighbors and family, even complete strangers joined to help. American and Mexican working alongside each other.

The way God works in relationships on those kind of trips is absolutely amazing. Brandon and I connected significantly with 4 kids. They were a constant riot! Everything from crazy pictures, piggy back rides, tag, and lessons on how to stucco. We fell in love.

The two kiddos on our shoulders are Chewy and Natali. They are brother and sister, cousin to Ramon and Alex. Their family became as precious to us as the family we were building for. A month later we came back with a group building multiple homes, including one for them! We were on a different house, but sneaked away to visit and bring Ramon Jr and Alex to our house. 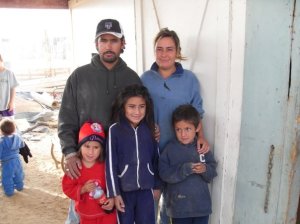 A year later we came back for another build. That time it was a giant kid fest! Ramon, Alex, Natali, Liz Bet (sister), and Chewy were all there.

We could not get away from these kids. We loved them desperately and even dreamed about dropping out of high school and moving down there!

Since then we have gone on many more trips, leaving another piece of our hearts every time. Our friends Scott and Shannon are missionaries down there, using house builds as a means of spreading the Gospel with their organization i6eight. Last year I got a call from Shannon saying they thought a girl from their community was being groomed by a trafficker. So we took a team and started doing presentations. I was terrified of doing that because of the lack of resources to support the activity.

Sexual abuse, incest, alcoholism, drugs, and violence are commonplace in the barrios (ghetto). Scott and Shannon have told us story after story after story of heartbreak. As my team and I wrestled with how we were going to approach the problem, the Spirit spoke clearly to me:

Where there is no resource, there is the Spirit. I AM the resource.

Burdened, we have made the trip down there for presentations twice since last summer. And this weekend, Brandon (husband) and I went down for the third one.

This one happened with an in-explainable sense of urgency for me. Scott texted me saying there were rumors of girls in their community being recruited, and dates that would be good to come down. Something told me sooner rather than later. We had to go down ASAP. So we made the trek.

The night before the presentation I got more information on the girls. Seemingly typical, but extremely dangerous behavior for pre-teen girls, I was told of their rebellion and the ministry’s attempt to try and intervene without much success. Then Shannon’s face lit up. “Breanna, you know the family! Remember Natali?”

My heart sank and tears sprang to my eyes. No.

Not Liz Bet and Natali. Not my girls! Part of me wished I hadn’t found out for the ache in my heart throbbed even more and the burden burned hot. It hadn’t happened yet but everyone was afraid Liz Bet was on the path to be sold; Natali following close behind.

The presentation went well. Better than probably most that I have even done in the states. Praise be to God that everyone was engaged and listening. Liz Bet was there. I’m pretty sure anyway. She is much older now and looks more like a young woman than the girl I remember all too well. She is the only Mexican to ever, so intently, openly stare me straight in the face while presenting. There was no defiance in it; it looked like curiosity and focus. Maybe she recognized me.

This weekend was the first time I told them how much I loved their community. It was hard to hide the tears. But when I said “I care about you,” I made sure to look Liz Bet right in the eyes. And I pray the Spirit spoke to her in that moment.

There is only ever so much we can do to combat trafficking. There is even less that I can do down in Mexico. What if nothing I said or did saves her?

Then God reminds me that only He saves. And I beg Him to save my girls, His girls.

Please pray for these girls, Liz Bet and Natali. Pray that God takes over their hearts and they find His Love more satisfying than any other experience. Pray that the presentation sticks in the hearts and minds of those there; that it would protect them and drive them to protect their community. Pray Scott and Shannon, and their fellow missionaries, Tony and Orfa, can intervene and thwart the enemy’s attack. And praise God for all the ways they already are! Praise God that they are faithful to His calling on their lives!

Please pray that God spares these girls from the horrors of trafficking. I still love them so much…

Please check out i6eight and consider going on a house building trip. They are my favorite non-profit, missions organization, and missionaries. God moves in powerful ways through them. I invite you to join! 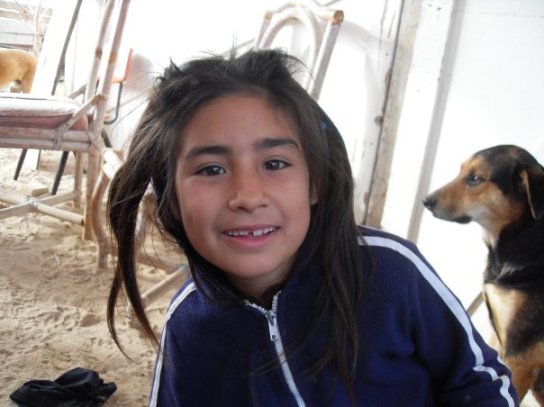 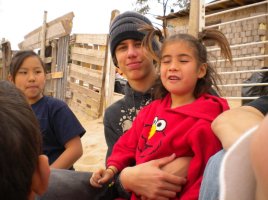 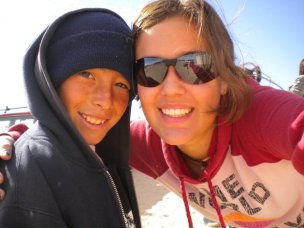 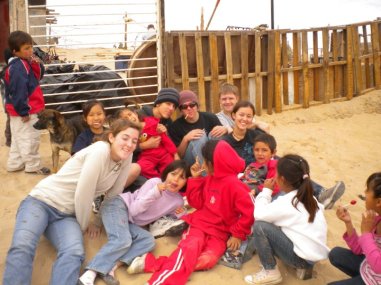 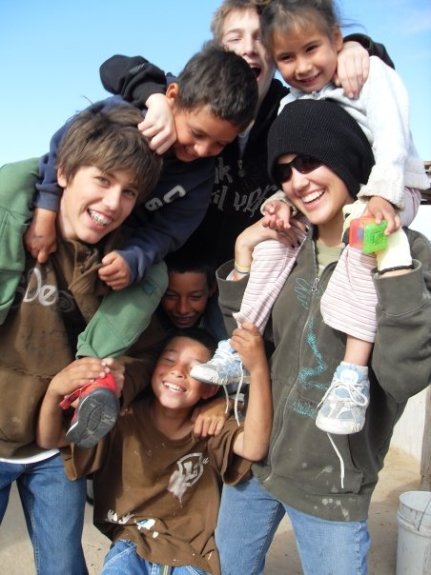 2 thoughts on “Heartbroken: My Girls”